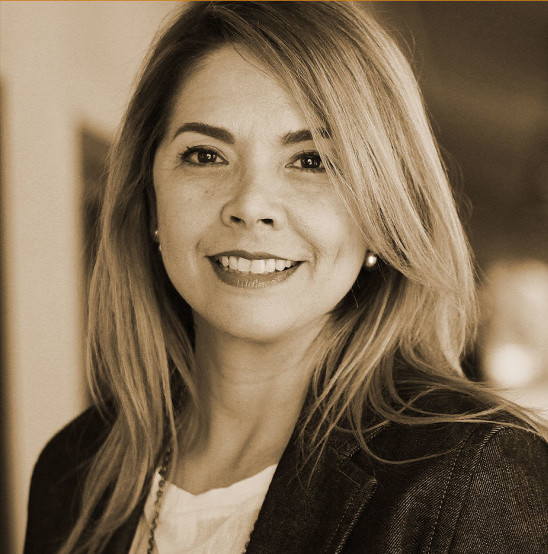 Linda Caballero Sotelo is the Executive Director of New Americans Museum, a visual arts and oral histories institution whose mission is to celebrate & educate about the contributions of all immigrants post WWII into the American narrative. Caballero Sotelo believes in the power of civic engagement and storytelling, as tools for participation and exposure to arts & culture as powerful catalysts and mediums for the integration, inclusion and celebration of multigenerational immigrant communities as part of the larger American fabric. She was born and raised in Tijuana, Mexico and is a binational, bicultural, multilingual Fronteriza who, as a child, crossed the border daily to attend school in San Diego: code, culture and language switching forever shaping her world view that given the opportunity and no matter the naysayers, anything is possible.

Caballero Sotelo has been a contributing writer & editor on issues and topics of race, inclusion, arts, Latina entrepreneurs and advocacy for various publications. She has continued her volunteer community & civic involvement serving as one of the co-founders of the coalition San Diegan’s United for Commonsense Immigration Reform. She is a current board member of the Balboa Park Trust, the San Diego Media Arts Center & Latino Film Festival, is a former Trustee of the Institute for Mexicans Abroad, the California Hispanic Chambers of Commerce, the Latino Institute for Corporate Inclusion, president emeritus of the National Latina Business Women Association-SD, and founder & chair of Latinas Foundation, a 501c3 women’s leadership, advocacy and education forum. 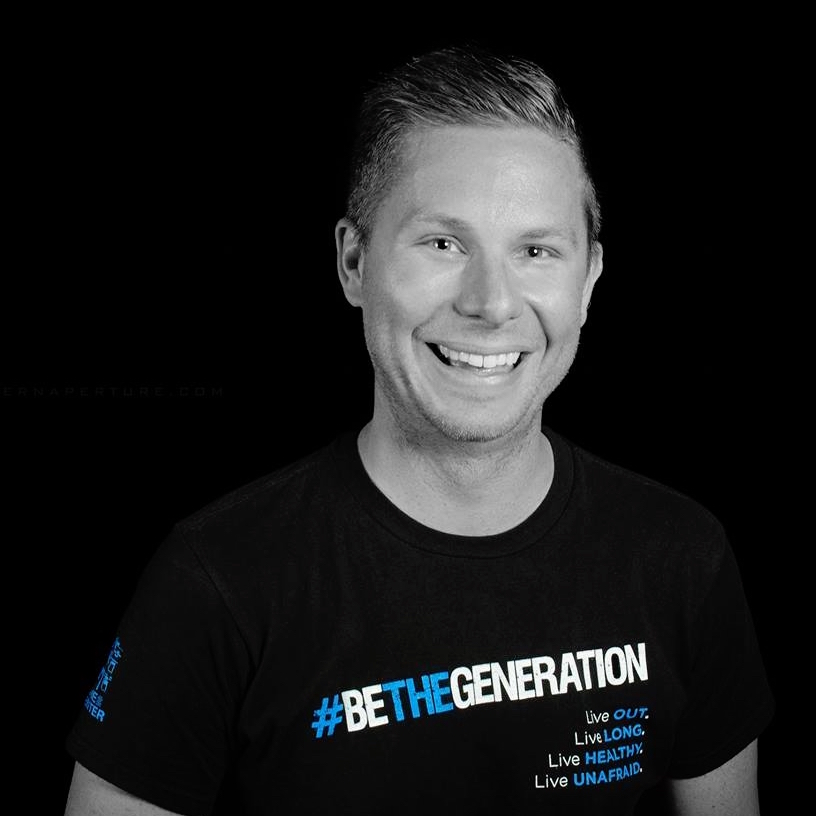 Benny Cartwright is a lifelong San Diegan who has been involved in non-profit causes for as long as he can remember. Currently working as the Director of Community Outreach for the San Diego LGBT Community Center, Benny has dedicated his life to supporting LGBTQ and social justice causes. Prior to working at The Center, he was a journalist with San Diego Gay & Lesbian News, and before that, served as the first Executive Director of the San Diego Gay Men’s Chorus. He worked for many years as a professional staff member for the Associated Students at San Diego State University and was instrumental in the creation of many of the LGBTQ services that exist on the campus today. Benny currently serves as the Chair of the Hillcrest Town Council, writes a monthly column called “Back Out With Benny” in Gay San Diego, and is active in many other community organizations. He has a master’s degree in Nonprofit Leadership & Management from the University of San Diego. 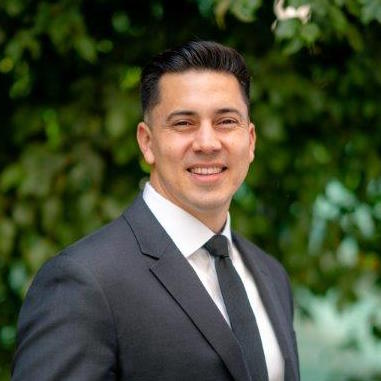 Jonathan Castillo joined PATH in March, 2014 as the Director of Veteran Services. He now serves at the Regional Director of PATH San Diego. Prior to joining the PATH, Jonathan began his social work career at the Los Angeles County Department of Children and Family Services. He eventually joined the Greater Los Angeles VA Medical Center and served homeless Veterans in the HUD-VASH program as an Associate Coordinator and Social Work Supervisor. 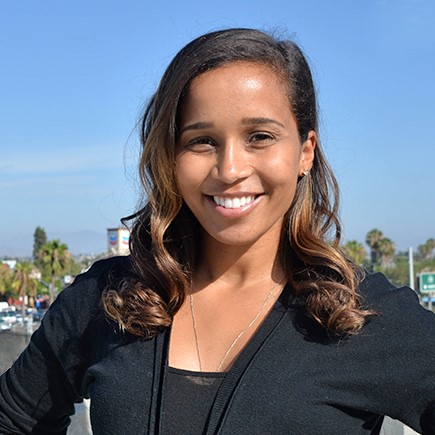 Theresa Cunningham serves as Vice President at Reality Changers, where she is responsible for developing, implementing, and managing talent and organizational development initiatives that build out, support, and advance the organization's mission. She also guides the operation and evaluation of programs that support low income youth to make it to, and through, college.

Theresa plays a lead role in creating and maintaining an environment that values learning, diversity, equity, and inclusion. “I am passionate about connecting deeply with people and working hard with them to achieve both individual and organizational success.”

Theresa joined Reality Changers in 2014, bringing a history of work in the social enterprise sector and a commitment to closing the opportunity gap. She previously served as the Director of Partner Engagement at Teach For All, a global nonprofit supporting over 40 partner organizations around the world to improve the education of students in classrooms while simultaneously building the long-term movement for educational equity.

Theresa earned a Bachelor of Arts in International Relations from the University of Southern California and a Master of International Educational Development from Teachers College, Columbia University. In her free time she enjoys traveling and spending time outdoors with her husband and young daughter. 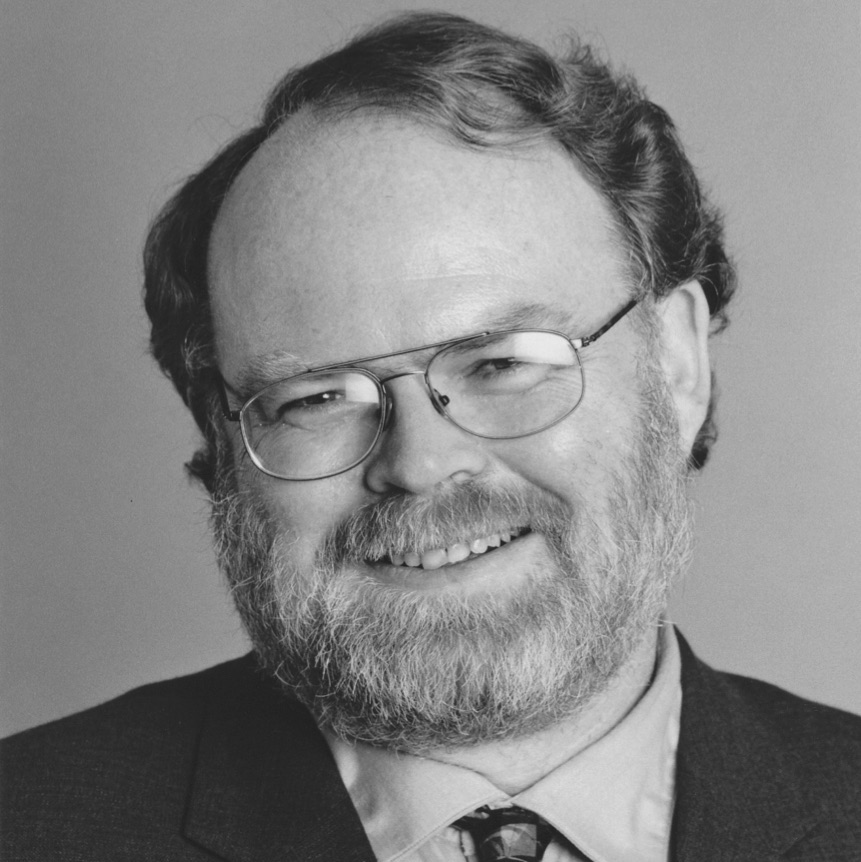 Steve Eldred has worked in the San Diego Regional office for The California Endowment since 2001. He currently leads The Endowment’s Healthy Communities strategy for San Diego County, with a targeted focus in the City Heights neighborhood in central San Diego. This strategy is a comprehensive, 10-year commitment to support fundamental policy and systems changes at local and state-levels to build healthy communities where children are healthy, safe, and ready to learn. The strategic vision for healthy communities is to achieve significant improvements in issues such as childhood obesity, youth violence, and access to prevention-oriented health care through improvements in physical, social, and economic environments and through systemic integration of efforts among health, human service, education, and other systems of care that impact opportunities for health among children and their families. He previously served as Program Officer for Community Health and Elimination of Health Disparities in the San Diego/Orange County Border Region.

Eldred also serves as Chair of the Board of Directors of San Diego Grantmakers, where he co-founded the Social Equity Funders and Coming Home To Stay prison reentry workgroups.

Prior to joining The Endowment, Eldred served as Health Planning and Program Specialist for the San Diego County Department of Health Service’s Office of AIDS Coordination, positions with the State of Hawaii Department of Health and the Governor’s Committee on AIDS, as the Self-Determination program director for the Quileute Indian Nation, and in non-profit organizations involved in community organizing, youth development, and specialized transit services. 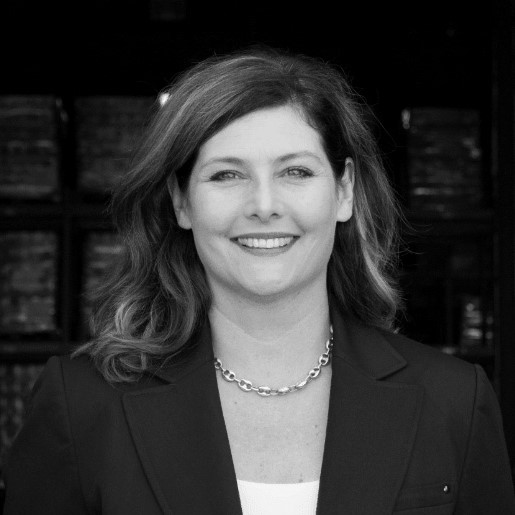 Before joining Kitchen’s for Good, Jennifer Gilmore served as the executive director of Feeding San Diego. There she oversaw efforts to expand emergency food distribution to communities impacted by limited access to healthy food, low wages, and the high cost of living. During her tenure, Jennifer increased food distribution from 2 to 19 million meals per year and grew philanthropic revenue 440%. In 2013, she earned the Tribute to Women in Industry Visionary Award for her contribution to hunger relief in San Diego County. She holds a bachelor and masters degree in public administration from the University of Arizona and has served on the board of directors for the San Diego Hunger Coalition, SuperFood Drive, and Ample Harvest. 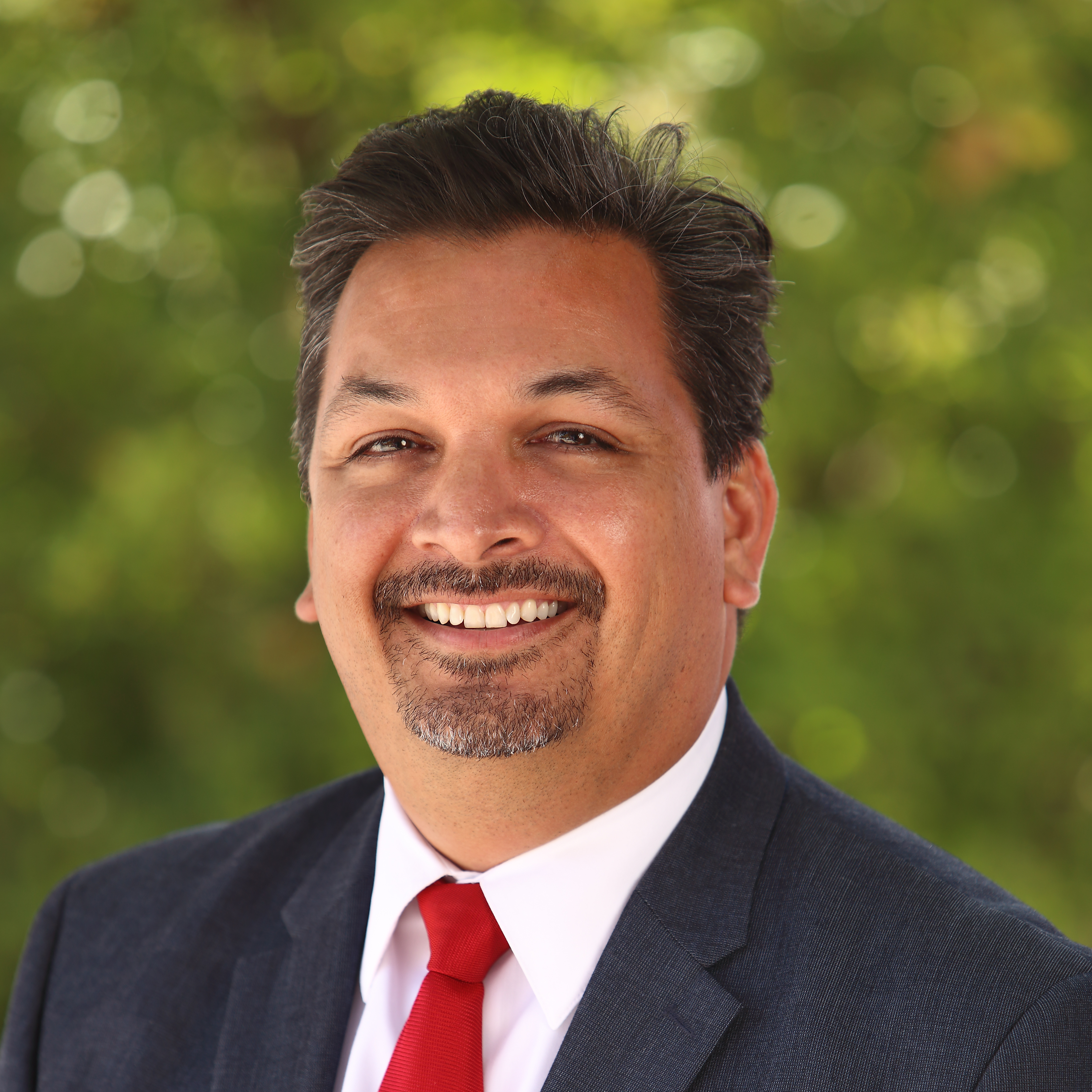 Arnulfo Manriquez serves as President & CEO of MAAC, a nonprofit organization providing Leadership, Advocacy and Community Services in the County of San Diego. He has served in executive leadership positions for the past eleven years and has worked in the nonprofit sector for the past 25 years. Arnulfo has dedicated his career working directly with underserved individuals, households and communities of San Diego by maximizing self-sufficiency. This year, MAAC is celebrating 53 years of service and has been a leading advocacy organization in the areas of Housing, Education, Health and Career Pathways. Arnulfo’s experience has focused on Community and Economic Development, Affordable Housing, Strategic Planning and Education programs throughout the San Diego Community.

Arnulfo presently serves as Chair of the Board for Housing California, a statewide nonprofit advocacy organization as well as Treasurer of the board for the San Diego County Hispanic Chamber of Commerce. Arnulfo is also the president of the board of Urban Council Development, Inc. a nonprofit affordable housing development organization. Mr. Manriquez has recently become a member of UCSD’s Chancellor’s Community Advisory Board.

Arnulfo holds a Bachelor of Arts Degree in Urban Studies and Planning from the University of California, San Diego (UCSD, 1993) and a Masters of Arts degree in Leadership and Non-Profit Management from the University of San Diego (USD, 2005). As a first generation immigrant who grew up in San Diego, Arnulfo understands firsthand the challenges faced by under- represented communities and is committed to ensuring opportunities for self-sufficiency and safety for families who need it most.

Lydia Moreno is the Economic Development Department’s Deputy Director with the City of San Diego. Ms. Moreno has responsibility for overseeing three divisions consisting of 45 professional staff, the Business Expansion, Attraction and Retention (BEAR) Division, the Community Development Division, and the San Diego Promise Zone. She has over 34 years working for the City of San Diego with 25 years working in the Economic Development Department. During Ms. Moreno’s tenure she implemented various economic development programs including the State of California Enterprise Zone, the Federal Foreign Trade Zone, and the City’s Business Loan Program. In the early 2000’s Ms. Moreno was also instrumental in expanding these programs to other cities to foster regional economic growth and collaboration. As the Deputy Director, she has worked with her teams to develop and implement new programs which continue to support regional and bi-national economic activities and inclusive economic growth. In FY17 & FY18, new department programs were implemented or revised which expanded the support for non-profits to assist the City to accomplish its goals through programs such as the Non-Profit Academy, the San Diego Promise Zone, Capacity Building Grants, Economic Development &amp;Tourism Support, Citywide Economic Development Grants, and Community Development Block Grants. As a result, the Department has seen an average annual increase of about 20% in non-profits applying for economic and community development grants.

Ms. Moreno is a graduate of San Diego State University, Go AZTECS! She has been married for 33 years and has three (3) sons, a talented daughter-in-law and two (2) beautiful granddaughters. She enjoys reading watching baseball, is a faithful Padres fan and traveling almost anywhere. 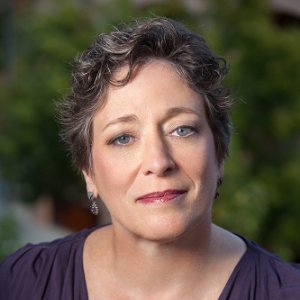 Judi Sanzo is a graduate of Mount Holyoke College and Suffolk University Law School with 29 years of private practice in civil and criminal litigation. Judi founded Sanzo Law in 2001, and her law practice focused on business transactions, non-profit formations and compliance, and mergers and acquisition. Since 1991, Judi has been an adjunct professor at Thomas Jefferson School of Law, where she currently teaches Law Practice Management and Client Interviewing & Counseling. Judi has served as a temporary judge, presiding over small claims trials and family law settlement conferences for the past nine years. Judi is passionate about equality, social justice, women’s rights and animal rescue.

Judi served as an active member of the Board of Directors of Rancho Coastal Humane Society for five (5) years, most recently as its Vice Chair. On 2 May 2018, Judi assumed the position as President and CEO of Rancho Coastal Humane Society, a private non-profit animal welfare organization. When not working, teaching, volunteering or hugging Yorkies, Judi is a roadie for a band called Limited Jurisdiction, which features her husband on guitar and vocals.

If you haven't signed up for Access to Experts, RSVP here.

This event is free for members and $25 for non-members. Non-members can pay here!