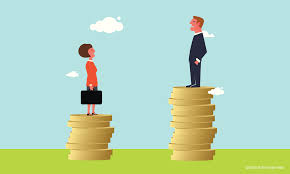 The research is clear: women earn less than men and women of color are particularly impacted by the gender pay gap. According to the Economic Policy Institute, “when evaluated by wages per hour, a typical woman is paid 83 cents for every dollar a man is paid… Relative to white non-Hispanic men, black and Hispanic women workers are paid only 65 cents and 58 cents on the dollar, respectively, compared with 81 cents for white, non-Hispanic women workers and 90 cents for Asian women” (2016).

In February 2019, the YNPN San Diego Board passed a motion to only share job postings that include salaries in our listserv. This policy will take effect on March 5, 2019. We recognize that wage inequality is a multifaceted issue and cannot be addressed through a single policy change. Our hope is that this new policy generates conversations around how to best address the wage gap in San Diego’s nonprofit sector. As always, we will continue to offer workshops and trainings to equip young nonprofit professionals with the tools and resources to advocate for themselves and their colleagues.

A recent study suggests that policies to increase wage transparency can reduce the gender pay gap and several states have implemented policies to make salaries public. These policies are based on the rationale that “when employees have access to information about what their co-workers earn, and pay gaps at specific employers are exposed, employers will be pressured to fix pay disparities” (Institute for Research on Labor and Employment, 2018).

The gender pay gap is a critical issue facing the nonprofit sector. The 2016 GuideStar report shows that women are paid less than men in the same positions, ranging “from 8 percent for CEOs at organizations with budgets of $250 thousand or less to 23 percent at organizations with budgets of greater than $25 million.” Additionally, a recent article in the Chronicle of Philanthropy specifically identifies “tell[ing] candidates what the position pays” as one of the ten steps charities can take to close the gender pay gap.

Relevant readings and resources on the gender pay gap: